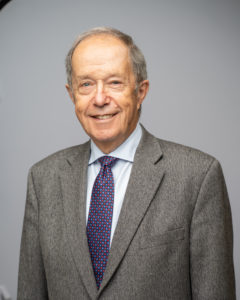 Mr. Garcia joined the Québec Ministry of Social Affairs in 1969, occupying various positions including Assistant Deputy Minister. He later returned to the private sector in 1978 as Partner with Hébert, LeHouillier et associés, consulting actuaries. He joined the Standard Life Assurance Company in 1983, starting his career with the insurer as Senior Vice-President and later becoming President of Canadian Operations for Standard Life in 1991. He retired from that position in 2004.

During his career, Mr. Garcia has served on numerous boards in the private and public sector. He has acted as chairman of the Chambre de Commerce du Montréal Métropolitain, the Montreal YMCA Foundation and of l’agence des partenariats public-privé du Québec. He has been a director of the Standard Life Assurance Company, the Caisse de dépôt et placement du Québec, Quno, the Montreal Exchange, Cogeco and Cogeco Communications, Jarislowsky Fraser, l’Institut de recherches cliniques de Montréal and BTB Reit. Mr. Garcia remains Chairman of Goodfellow.

Having spent most of his career in insurance, he brings extensive knowledge of the insurance industry to the OLHI Board. His experience in the public and private sectors has built his expertise in product, consumer affairs, leadership, public policy direction, government relations, finance, strategic planning, and governance.